On 9th February 2014 Prince William, second in line to the British throne, came under fire from conservationists.  Days before he was due to address a conference on illegal wildlife trade, he was spotted with his brother Harry and some other friends hunting wild boar in Spain.  The site of his crime would have looked somewhat similar to the landscape pictured above. On 12th February, the eve of the London Conference on Illegal Wildlife Trade, Prince William made a speech calling an end to wildlife crime and the illegal killing and trafficking of the world’ most iconic species.  The media were quick to spot the contradiction and to criticise the Prince for the “unfortunate timing” of his hunting trip.  The critiques remarked that Prince William, who is also President of a charity called United for Wildlife, is not exactly walking the talk by hunting in Spain whilst asking others to stop illegal wildlife killing. Now that the euphoria of Prince William’s contradictory and controversial actions has died down, it might be worth ‘deconstructing’ his actions. In analysing this, I am perhaps taking somewhat controversial angle myself, but there we are! My argument has three strands: (1) Throughout history, there are numerous examples of conservationists who were also hunters; (2) Hunting certain species, particularly prolific breeders, helps keep their populations under control; (3) Hunting has been an integral part of some traditional landscape management systems.

Hunters turned conservationists: Hunting and conservation don’t exactly sound like natural bedfellows, but strangely for much of the history of contemporary conservation movement, hunting and conservation have gone hand in hand.  Theodore Roosevelt, a 20th century American President often credited for the wilderness preservation movement in America, was also an avid big-game hunter.  Jim Corbett, the legendary British naturalist, or Salim Ali, the celebrated Indian ornithologist, were also hunters who later turned conservationists and influenced the formation of the Indian protected area network.  Prince William’s grandfather Prince Philip, who co-founded the WWF, now a leading international conservation organisation, also once came under criticism for his recreational hunting.  So the apparent contradiction between the prince’s wild boar hunting in Spain and conservation diplomacy in London three days later is not necessarily new and throughout history, many celebrities have nurtured their passion for wildlife conservation alongside their passion for recreational hunting.

Population control of prolific breeders: Whether or not recreational hunting is ethical is a matter of personal values and beliefs. Personally, I would’t go hunting but it is not for me to judge whether hunting is right or wrong. Also, the ‘wilderness preservation’ model of conservation purports a very subjective view of conservation, which does not always sit well with the provision of livelihoods or alleviation of poverty. There are arguments both for and against the wilderness preservation ideal and I don’t want to go into those here. But as far as hunting and conservation are concerned, I think, what is hunted matters far more than the act of hunting itself.  Rhinos and tigers have become endangered because of their historical overhunting and illegal trade of their body parts – a serious concern for their future survival – but wild boar in Spain is a different story all together. Wild boar (Sus scofra) is native across much of Northern and Central Europe and the Mediterranean region and is also widespread throughout the rest of the world.  During the European colonial period, wild boar was introduced to Americas and Australasia, where it quickly became invasive threatening the habitats of native wildlife.  Today it is a popular domestic animal in Europe bred in captivity for its meat, but some of these captive animals have escaped and established themselves in agricultural areas, plantation forests, rangelands and sometimes even in urban areas.  So wild boar is a pretty versatile species that can breed quickly and spread rapidly in places where it has escaped from captivity.  This adaptability and versatility of wild boar makes it one of the world’s 100 most invasive species.  In many parts of the world, wild boar digs up the ground with its sharp tusks damaging crops.  As an omnivore, wild boar can relish a varied diet including endangered reptiles, birds and invertebrates in some parts of the world.  So hunting wild boar can actually help, rather than hurt, nature conservation because it keeps the population of an invasive species under control. By doing that, it also helps protect many endangered species.

Hunting as part of traditional management: The 15,000-hectare Finca La Garganta estate near Seville, where Prince William and friends went hunting is a private estate in the remote rural countryside of southern Spain surrounded by small villages and their oak trees and olive groves.  This kind of traditional landscape or ‘Dehesa’ is a multifunctional agroforestry system where farmers keep trees and animals on farms.  Wild boar has been part of this traditional system and their population has to be kept under control by occasional and selective culling.  Without hunting, the wild boar can quickly overtake everything else on the farm and the ecology of this agroforestry system can collapse rapidly.  The upkeep of traditional landscapes such as these Dehesas requires careful management and hunting is considered integral part of it to balance economic activities and nature conservation.

Prince William came under fire for the “unfortunate timing” of his game hunting and conservation advocacy, but his act of hunting may not necessarily be bad for conservation.  Wild boar is one of 100 invasive species in the Global Invasive Species Database, 68 of which are mammals, so there is no shortage of species for the future British Monarch, and for that matter his descendants, to hunt!

One thought on “Hunting for conservation?” 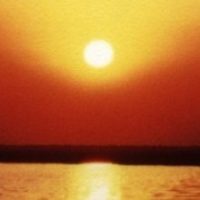 The Elephants of Gudalur

Stories of the elephants, people and shared space

Honouring our values in the food we eat. Transforming the world - one meal at a time

The Economics of Happiness

How one species is transforming the biosphere

Ecology of the past
Dynamic Ecology

People. Rock. The geology of humanity

making up the 'world' with what we have on hand

Celebrating 50 years of publishing a Radical Journal of Geography, 1969-2019

A tale of peat and other stories, by Dr Lydia Cole.

Science on the Land
kirilind

looking for my seven spots